Imagine yourself traveling to the largest country in the world, how long do you think it would take you to cross it? The Russian Federation which is known for its vastness of the area covers approximately 17,098,246 square kilometers of the Earth’s inhabited surface. It takes ages in traveling Russia entirely. However, the idea of traveling is more enticing. The fact that there are 12 major and around 201 smaller cities that await you, it makes you want to pack your luggage immediately.

The Cities in Russia

Moscow is the most renowned city of Russia, aside from being its capital, it is the most populous. According to 2019 statistics, Moscow’s estimated rate has reached 12,476,171. The population trend had increased to more than 2 million for the last 10 years according to the 2009 Census. Moscow holds the name of 2nd most populous city in Europe. Covering about 40 percent of its land with beautiful greenery, Moscow becomes the greenest capital in Europe.

The second-largest city in Russia, St. Petersburg, had played a significant role in its history. It became Russia’s Imperial capital for more than two centuries. The city holds more than 5 million inhabitants on the present record.

With the population of only 1,281,642, Nizhny Novgorod holds the record of being the 5th most populous city in Russia. One of the best features of the city is its geographical location on the Volga River, making it the center of economy and river tourism in the country.

Yekaterinburg, with the populace of 1,493,000 can boast itself for being the 4th largest city in Russia. It is considered as the third capital on the account of its transportation, economy, size and, tourism. The city became one of the economic centers in Russia because of the strategic route, Siberian Route, which was built to connect European Russia, Siberia and its neighboring countries in Asia.

Kazan, whose name was derived from Qazan, had become part of Russia after its fall in 1552. It was regarded as an important political and trading point in the late Middle Age. Bearing a population of 1,263,000, the city holds the record of being the 6th most populated city in Russia.

Novosibirsk, is rich in varied cultures, with having over 80 ethnicities residing in the city. The total population reached 1,650,000 as of the record in 2019, making it the 3rd populous city. It has developed rapidly and became industrial and commercial centers.

Volvograd, previously Stalingrad, is a notable city for its historical account of the bloodiest battle of Second World War II. The Soviet Union had won against German and its allies. Presently, the city has 1,009,000 settlers, with a striking decline in population in a short span of one year.

Vladivostock, whose name means ruler of the East, sits close to the terrestrial borders of North Korea which is 17 kilometers close, and 22.1 kilometers away from its maritime border. Moreover, it only takes 5 hours via bus to reach the city from the Chinese border. Concerning its population, the city has lower than a million people, with only 610,000 in the 2019 Census account.

Rostov-on-Don is situated in the southern part of Russia. The city has an interesting geographical feature as it was formed by two adjacent towns, Rostov-on-Don and Nahichevan-on-Don. Both towns consist of native Rostov and non-local citizens, Armenian. The city has roughly over 1.1 million residents according to the 2019 Census.

Samara was once a closed city until the year of 1991. It had a tight restriction as military bases and hospitals were situated in the city. After the fall of the USSR, the city has evolved into a more industrial, social, and economic center in Russia. The latest recorded population of the city is 1,167,000 and perceived as the 9th largest city by population.

Omsk is situated in southwestern Siberia. It is ranked as the 7th largest city in Russia with a current population of 1,183,000. Omsk became the seat of the Imperial gold when it was the capital of the anti-Bolshevik Russian state for a short period of two years.

One of the best parts of traveling is what to expect in foods. Travelers are clueless as to how local cuisines taste and smell like. Hitting the travel books is customary as it helps you to narrow your expectations. When traveling the cities in Russia, a must to do on your list is learning about its food culture.

When you find yourself lost in the beautiful city of Moscow, grab yourself some time to try Borscht, a combination of beef soup and beetroot with sweet sour cream on top. The contrasting red color of beetroot complements the white cream. If you consider yourself as a dumpling enthusiast, Pelmeni is to die for. What sets this apart from typical dumpling is the perfect texture of its food, with the thinness of its dough and the adequate amount of stuffed meat suited with its flavorsome relish.

The Russian pancakes, Blini, is comparable to Crepe. Made from buckwheat or flour, it is served with savory ingredients to perfect its taste. When craving for a sweet treat, St. Petersburg is the place to be. Pyshki is a donut look-alike treat that is a suitable match for warm coffee. The globally known dish, Beef Stroganoff, is a local dish of St. Petersburg.

A simple meat dish cut into smaller pieces, nonetheless delicious. If you are up for some exotic delicacies, you shouldn’t miss on  Kazylyk. It is a cured and air-dried horse meat sausage and seasoned to taste. Kazan has another delightful treat for the sweet tooth, Chak-chak is a deep-fried dessert ball made from flatbread covered with hazelnuts. Natives typically eat this sweet on occasions and festivities. However, tourists won’t need any special reason to try this.

The Must Places to Visit

Bucketlist of places to visit is ideal for traveling. We want to make the most of the trip, visit the renowned places, and explore the cultural sites, experience the wondrous culture and have the taste of best of everything. Start ticking off your list as we start to explore the grandiose beauty of cities of Russia. Moscow is a vibrant city with a blend of classic and global attractions.

Red Square is undoubtedly one of the most popular spots for tourists. They never leave Moscow without visiting this site. The well-defined architectural structure of cobblestone square and the unfolded history what makes it attractive. The Kremlin, which means fortress inside the city, is situated at the center of Moscow.

This complex is known for the overlooking view of various attractions on each cardinal direction, Saint Basil’s Cathedral and Red Square to the east, Moskva River to the south, and Alexander Garden to the west. Kremlin rolled all magnificence of Moscow in one place. Learning is an element of traveling. When visiting Moscow include Lenin’s Mausoleum on the checklist. The memorial of Vladimir Lenin displays his embalmed body and has been open for public viewing soon after his demise. Include on your trip the pleasure of greenery haven.

Gorky Park is a central park of entertainment, leisure, and culture. Native and tourists can enjoy reveling in various outdoor activities. Alongside Moscow, St. Petersburg is a culturally rich city, with diverse well-deserved places to see. The Hermitage Museum is the refuge of the world’s greatest art pieces and collection. Tourists’ eyes will be satisfactorily awed by the majestic attraction.

The travel is even more time well spent when you catch live ballet performances at Mariinsky Theater. The arena, which was founded in the 18th century, became the pride and home of many ballet artists. The entertainment will not only be loved by ballet aficionados but by everyone who gets to see it. There is much more to expect when you stay outdoor.

A boat tour can do justice on how exciting and grand the city is, cruising the canals and rivers while watching the architectural beauty of St. Petersburg is indeed a pleasure for the eyes.

Russia is by far the largest country in the world. Travelers need not limit the places to see, foods to explore and experiences to behold. Let’s go far and beyond what the travel books suggest. We shall create our memoirs of Russia. 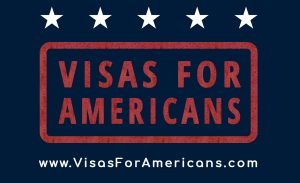